The client was understandably worried, as he had managed to secure what he had described as his ‘dream job’. It was a well-paid position at a reputable firm, with good prospects of advancement. Unfortunately it also had a short starting date and the client was now worried that his job offer would be withdrawn, as he was facing the prospect of not being able to get to the UK on time.

The client, a highly educated professional had felt comfortable dealing with his own application, as he had previously worked in the UK and had completed his own application in the past. Therefore, considering the tight timeline, he decided to not spend time on trying to find the best immigration lawyers and made the application on his own. The application was refused due to failure to provide correct evidence in respect of Knowledge of English Language. His family’s application was also refused following his refusal, as their Tier 2 visa would have been dependant on his.

Our immigration lawyers assessed the refusal and quickly devised a plan to deal with the matter in the most efficient manner, ensuring that the client would not suffer any detriment in respect of his employment. After identifying what the next steps were and understanding the timelines, our lawyers contacted the client’s employer and secured their cooperation on the case, thereby also reassuring the client that his position was safe.

If you have been refused a PBS application, get in touch with our immigration lawyers in London now. Call us on 020 3372 5125 or fill in the online form. 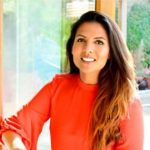