Will Settled Status Lead To Another Windrush Scandal?

“I’m Portuguese, and I have worked here [in England] for 20 years and I have no voice”.

This impassioned plea came during a live Sky News broadcast, where a woman criticised the running of the EU settlement scheme and spoke of her fear of being deported after 31 October 2019.

Evidence is mounting that the Settled Status scheme is failing.

The above situations demonstrate why it is rightly feared the Settled Status scheme could lead to another Windrush scandal.  I have recently worked with a Romanian newspaper, discussing how vulnerable EU nationals from poorer countries, who are often working without payslips, may be denied Settled Status and forced to leave their home of many years.

A brief guide to the Windrush scandal

Following the devastation of World War II, Britain desperately needed labour to help rebuild its shattered infrastructure.  On 22 June 1948, the ship MV Empire Windrush docked in Tilbury, Essex, with 500 Jamaicans on board. They had arrived at the invitation of the British government.  Over the next 23 years, a generation of immigrants came to the UK from Caribbean countries such as Jamaica, Trinidad and Tobago, and Barbados.

The 1971 Immigration Act gave Commonwealth citizens who were already living in the UK Indefinite Leave to Remain.  However, many of the Windrush generation arrived in Britain as children on their parent’s passports.  Without realising it at the time, they never became British citizens, despite working, paying taxes, and raising their families here.

From 2012, under former Home Secretary (and later Prime Minister), Teresa May, a ‘hostile environment’ was created to discourage illegal immigrants from coming to/remaining in Britain.  Landlords must now check the immigration documents of new tenants, and employers and the NHS are required to verify the right of a person to work or receive health care in the UK.

The bureaucratic storm that followed the implementation of these new initiatives led to the deportation of some Windrush generation migrants.  Others lost their jobs and spent their life savings on long legal battles to remain in the UK.

It transpired that many victims of the Windrush scandal were vulnerable in some way, for example, unable to read and write, or trapped in poverty.

There is a real fear that the same fate could befall EU nationals caught up in Brexit.

A disaster waiting to happen

“Our view of the settlement scheme hasn’t really changed. We’ve known from the beginning there would be issues with people proving their status.

“We sent over 150 questions to the Home Office when it was originally planned and we never received any answers. What we’re seeing now is what we expected to see.”

“The government could immediately solve the problem by securing our rights in law which was promised in the referendum campaign and Boris Johnson’s maiden speech. It would stop all these issues, including the likening to Windrush, by making the process about registration.”

Those living in overcrowded accommodation, whose utilities and council tax are payed by the landlord, thus meaning they have no bills to show proof of address are highly vulnerable to being denied Settled Status or, out of fear, not applying for it.  Others who could escape notice are the elderly, those with learning disabilities, and people who do not have access to the internet (Settled Status applications are made Online). There is help available through a government Assisted Digital Service; however, many EU nationals plagued by disadvantages and language barriers will never gain knowledge of this service.

In August 2019, Home Secretary Priti Patel vowed to end freedom of movement from midnight on 31 October 2019.  Newspapers report that this plan has been scuppered after howls of outrage from businesses and legal experts informing the government that such a move would quickly lead to court action.

The abrupt U-turn on ending freedom of movement is yet another example of the UK governments rash decision-making in its determination to deliver Brexit.  Westminster seems to be giving little thought to the delicacies of immigration policy changes and how vulnerable members of the community will be adversely affected.

Such blatant disregard for the lives and futures of EU nationals who have made Britain their home is a travesty of justice.

The country will be remembered for this.

And not in a good way. 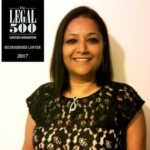