Islamic marriage recognised by English courts – what are the implications

In order for a marriage that has taken place in the UK to be valid, it must comply with certain legal requirements. One of the main requirements is that the marriage must be monogamous and must be conducted in accordance with the Marriage Act 1949 and any amendments made to the Act by further legislation.

The marriage ceremony must therefore, take place in the presence of two witnesses and carried out by a Superintendent Registrar or an authorised minister of religion. A marriage is evidenced by way of a marriage certificate as proof of the ceremony having taken place.

The main issue with English law not recognising a Nikah or a religious marriage is that the parties to the marriage do not have any legally enforceable rights over finances and assets if the marriage breaks down, assuming a civil marriage was not undertaken which is usually the case. A survey undertaken in 2017 indicated that there were approximately over 4 million Muslims residing in the UK and when you take into account the large number of those who are married under Sharia law, it is easy to envisage the number of couples who simply have no rights following the breakdown of their marriage.

Most estranged couples can only claim as cohabitees which only affords couples with cohabitation claims, such claims cannot really provide the same rights over assets and maintenance as the claims available for legally married couples.  This leaves many vulnerable and without any legally enforceable rights; there will almost certainly always be one party who is left in a considerably more disadvantaged state.

Contact us if you are currently in the process of undertaking a Nikah and require further legal advice on the consequences of not undertaking a civil marriage ceremony as well.

A recent ruling in the High Court has been deemed to be a landmark ruling. The case involved a now estranged Muslim couple who were only married under Sharia law by way of a Nikah ceremony in 1998. The case was brought to the High Court by Ms Akhtar who requested a divorce arguing that her Islamic marriage was valid under English law and further argued that her application for divorce was equally valid. However, the respondent, Mr Khan who is now Ms Akhtar’s estranged husband, argued that the application for a divorce was invalid as their Islamic marriage was not carried out in accordance by English law and the relevant legislation.

The case was presided over by Mr Justice Williams in the Family Division of the High Court where he ruled that the marriage between Mr Khan and Ms Akhtar could be regarded as a marriage under English law as it was in accordance with the Matrimonial Causes Act 1973. The Judge held the above opinion on the basis that both parties resided together and lived as husband and wife as would any other husband and wife who had a civil marriage in the UK in accordance with the relevant legislation. Although the marriage was recognised, the marriage was deemed to be void as it had not been registered. Nevertheless, Ms Akhtar was able to obtain a Decree of Nullity which consequently, means that Ms Akhtar can now make an application for ancillary relief in order to allow for the division of assets and opens the doors for claiming spousal maintenance. If however, the ruling had not recognised the marriage, then there would be no way in which Ms Akhtar could make a financial claim.

This is a huge step forward for those who have married by way of a Nikah and other religious marriage ceremonies as the ruling has recognised an Islamic marriage under English law. This in turn means that individuals who have not had a civil ceremony under English law can now make financial claims should their marriage breakdown. This change is welcomed by many especially, by those who deemed Sharia rulings to be unfair and unenforceable in the English courts.

The landmark ruling has definitely set a precedent for similar claims in the future. The main outcome of the above ruling is that individuals now have a safety net if they have only undertaken a religious marriage and not a civil marriage. The ruling offers some protection to those who would otherwise have extremely limited rights over their estranged spouse’s assets thus providing a fairer and more equal claim for divorce.

If you are currently in the process of making an application for divorce or you are concerned as to your rights following a religious marriage, please contact us and our specialist family law solicitors will be able to guide you through your rights. 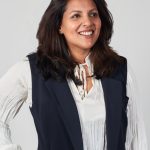